June marked a year since we set out from the ranch in Texas and truly commenced on our full-time RV living adventure.

We have learned so much about our new way-of-life and how we operate in this new realm.

One thing we have learned is that we need so much less than we thought we did. Although the back of our truck may say something different. We took time out at our friends the Marshes house in Montrose, CO, to empty the back and reorganize/reevaluate our gear. We had a decent sized donation pile afterwards and left our donations at the Salvation Army.

Even so, I would say that we could easily cut our stuff down by half again and possibly move into a more mobile and versatile unit such as a truck camper or a conversion van. A 250 square foot travel trailer seems like the height of luxury these days.

I had this affirmed for me when we stored our trailer, and I set out on a month-long journey. With the help of 2 space-saver bags from Dollar Tree, I managed to get enough clothes for 9 days of work, a beach vacation, a visit to my parents’ ranch in Texas and my semi-formal Anniversary Banquet at Southwest Airlines all into my 21-inch roll aboard that I use for work. I didn’t even have it expanded out (at least until the last flight back to the home-sweet-trailer).

I didn’t feel like I was doing without or that I had forgotten anything. Having access to a washing machine in all the places I stayed, did help. I did do a couple of panty wash outs in the sink.

Another quirk in our personalities that I have begun to embrace is that, even though I used to plan our lives for months out when we lived in a stick and brick is that, in this nomadic lifestyle, we are loathe to commit to anything. We do not know what we are doing until we are doing it. And I love it! It feels good to live loose and carefree!

Something that we began to realize as we began to stay longer in some places, is how limited we were by our resources. We figured out a hack for our freshwater which was to tote collapsible 5 gallon containers of water back with us and refill our tank.

With our gray water, we use biodegradable dish and shower soaps such as Campsuds and all Seventh Generation products, so we could usually let it go wherever.

However, our black tank would fill up after about a week. Sometimes we could stretch it longer if we were out a lot and not using our RV toilet. But inevitably, we would have to break camp to dump our black tank or use our Blue Boy tank to dump it which was gross, scary (as lifting a 180 pound fully loaded tank of sewage into the back of the pick up was suspenseful in a very bad way) and not convenient.

So, to celebrate our year anniversary of the full-time RV living lifestyle, we acquired an Airhead Composting Toilet! https://airheadtoilet.com

This solves our problem with waste disposal as the composting toilet can go weeks before it must be emptied and, when it is time to empty it, you simply discard the “dirt” into a composting bag and discard it into a trash can. Then, you refill the chamber with more moistened coconut hulls to start the process over again with a new batch. The urine gets diverted into the black tank and can go a long time before being emptied. Also, it is more sanitary as urine alone is sterile. When it mixes with number 2, it becomes “sewage”.

A composting toilet is also better for the environment because it uses less water.

While I was in Texas visiting my Mother and attending the Southwest Airlines anniversary party, Hans went to Montrose, CO, to his friend of 30 years, Wayne Marsh, and enlisted Wayne’s help and his shop in order to make the modifications (it took a LOT of modifications, but so worth it) to install the toilet. 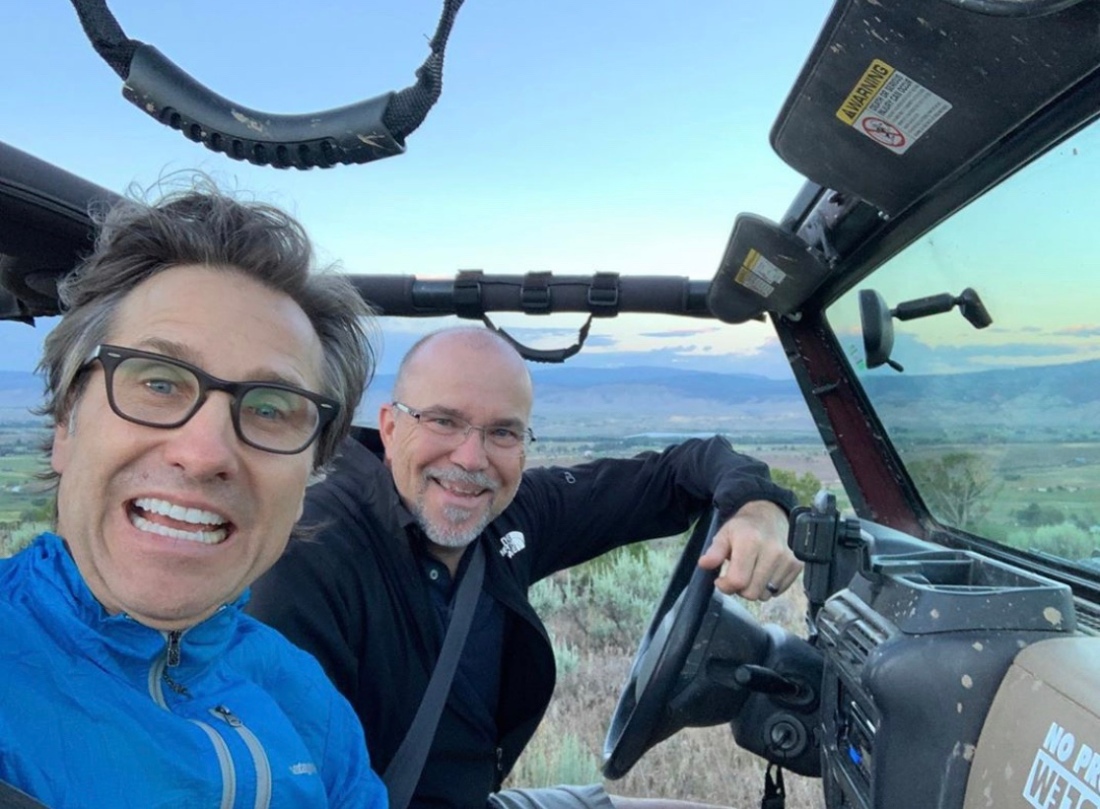 I came back to a fully functioning composting toilet with the addition of a bidet. (The first time I ever went to France when I was 17, I was fascinated by bidets and resolved to someday have one. I just never realized my wildest dreams would come true in the toilet of my camper!)The bidet!

I have to say that the composting toilet is even better than I thought it could be. It strangely doesn’t smell AT ALL… even less than our original porcelain toilet.

The price tag is high on the composting toilet, over $1000, but thanks to my mother-in-law, Patricia, we are proudly perched on our new throne. She did something nice for Hans’ sister, and she believes in being fair, so she wanted to do something for him and he chose the toilet for us! 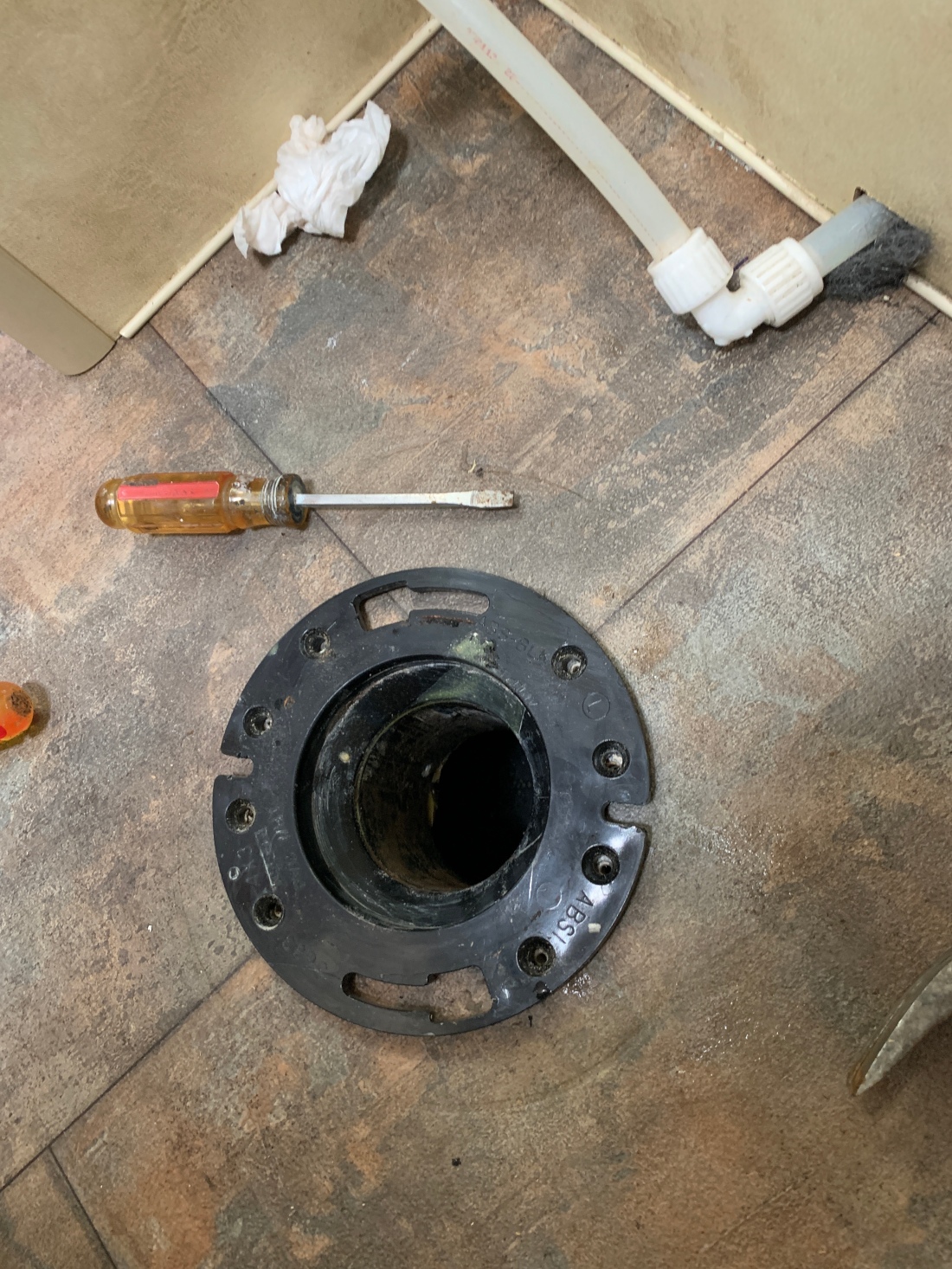 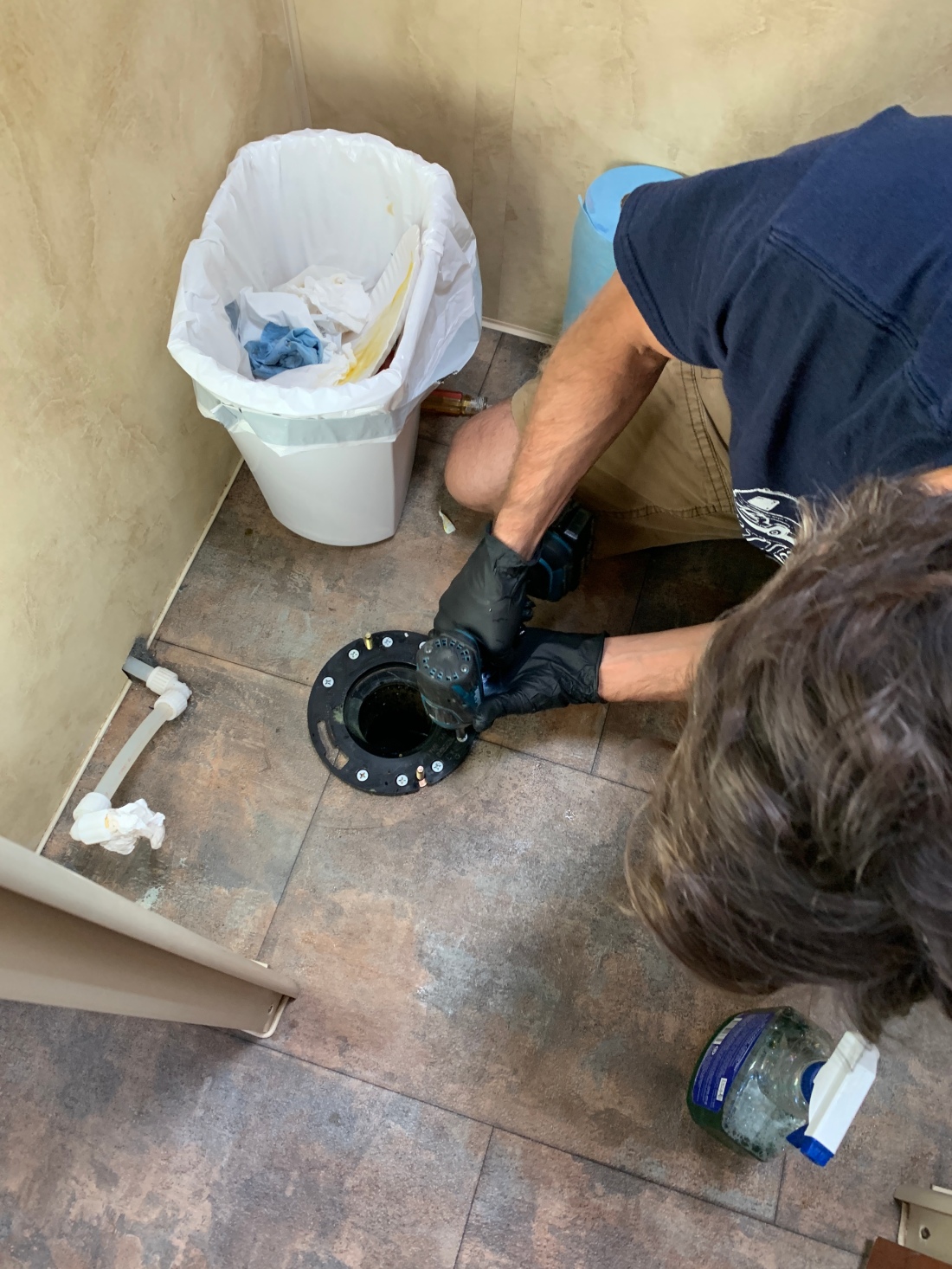 Our beloved Arctic Fox 25Y was manifested out of the blue when we happened to find a used one only an hour away and at the right price when we were ready for it. This, despite the fact that I could only find 3 used ones in the country, and they were all thousands of miles away.

From month to month, I used to wonder how things would pan out. Would we be able to “clear our boards” and not have to commute back to Denver to work? Did we manage to work enough to cover our expenses? But I have ceased to worry about these things as apparently, things manage to work for us, even when we aren’t sure at the moment how this will manifest.

I don’t understand it, but I do believe it! And I believe this probably operates for all of us, but we have to give it SPACE TO HAPPEN for it to work it’s “magic”.

When we simplified and slowed down, we created the space to let the magic happen.